Bass Pro Shops at The Pyramid

The most dramatic adaptive reuse project in Memphis’ modern history resulted in an award-winning design that converted a closed 32-story arena with 26.5 million cubic feet of enclosed volume into an immersive retail experience that has become a leading tourist destination in the region. Forbes called it “one of the most fascinating structures in America.”

Once a 20,142-seat arena, the Pyramid is now reimagined as a 535,000-square-foot tourist destination that includes a floor and mezzanine of retail in a cypress swamp; Big Cypress Lodge, a 103-room, five-star hotel, and a restaurant and observation deck at the building’s apex 322 feet from the floor. The one-of-a-kind retail environment is essentially a self-contained, artificial ecosystem. There are also aquariums with more than 600,000 gallons of water home to 1,800 fish of 36 varieties.

Establishing relationships that are the hallmark of this firm’s work, Tom Marshall worked closely with the legendary founder of Bass Pro Shops, Johnny Morris, to execute the CEO’s vision for the most dramatic retail setting in America. Drawing on his time working with Italian architect Paolo Soleri at the fabled Arcosanti Project, the internationally-known experimental town in the high Arizona desert that pursued arcology, an integration of architecture and ecology, Marshall oversaw the development of a wilderness inside the Pyramid with giant, towering cypress trees and interconnected shadowy swamps filled with fish.  Connecting with all senses, the space features audio of wind movement and wilderness sounds.

Dominating the commanding interior is the world’s tallest freestanding elevator. At 28 stories, it is an engineering marvel made possible by an award-winning engineering solution that used the compression ring at the top floor’s downward weight to produce a successful seismic retrofit. The elevator connects the Pyramid’s floor to its apex where there are multiple observation decks, restaurant and bar, and aquarium, where visitors can enjoy 360-degree views 300 feet above Memphis and the Mississippi River.

To convert the building’s steel frame into an environmental bubble, the interior of the building was demolished and more than 900 truckloads of material were recycled. Within the Pyramid is Big Cypress Lodge, a 103-room “wilderness hotel” mounted on the building’s sloping walls.  With screened-in porches and rocking chairs overlooking the interior swamp, the rooms resemble treetop hunters’ cabins. A highlight of the hotel is the craftsmanship of artisans in the Missouri Ozarks who custom-made its distinctive furnishings.

The largest Bass Pro Shops in America is housed in a Pyramid in Memphis, TN 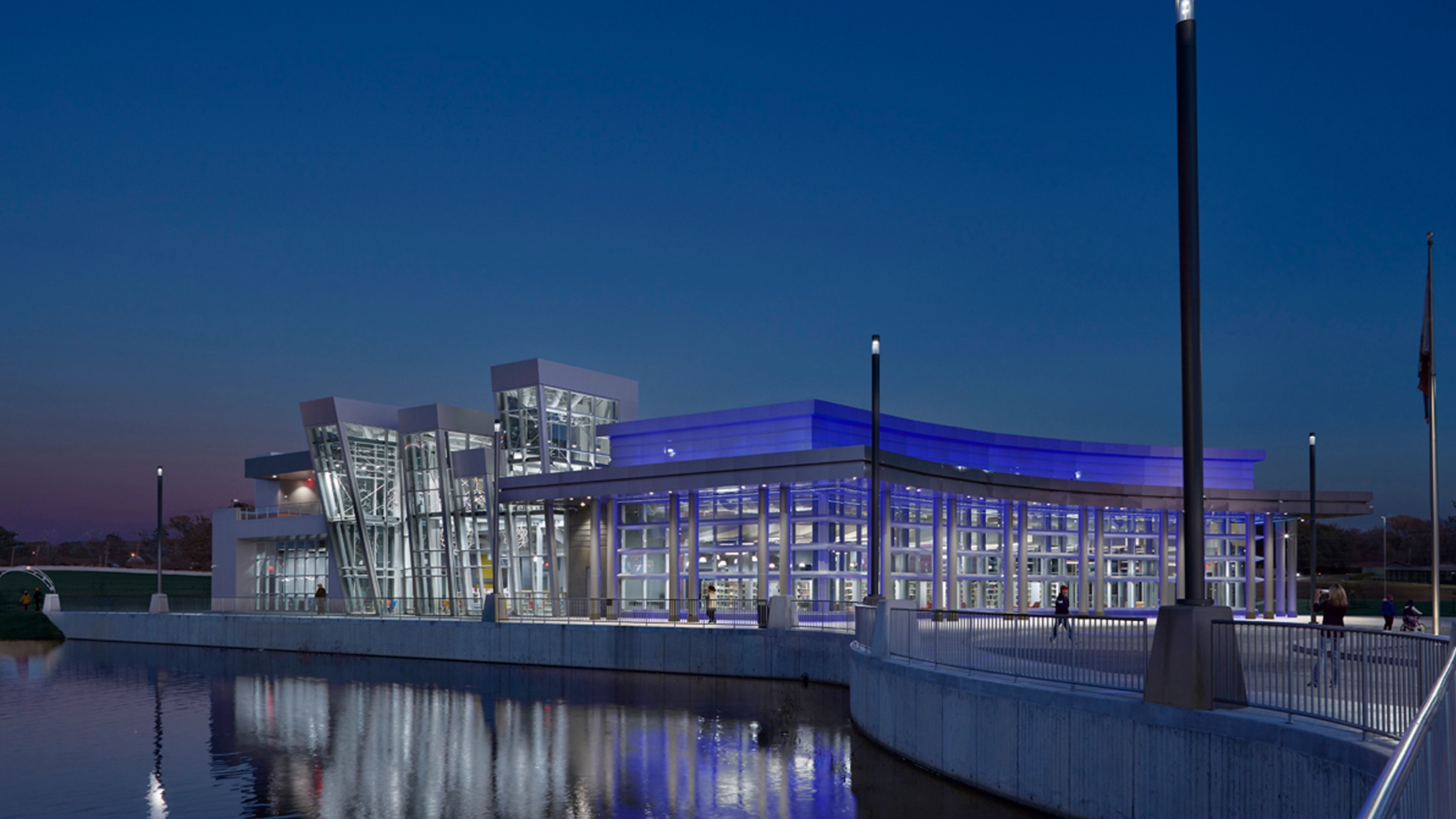